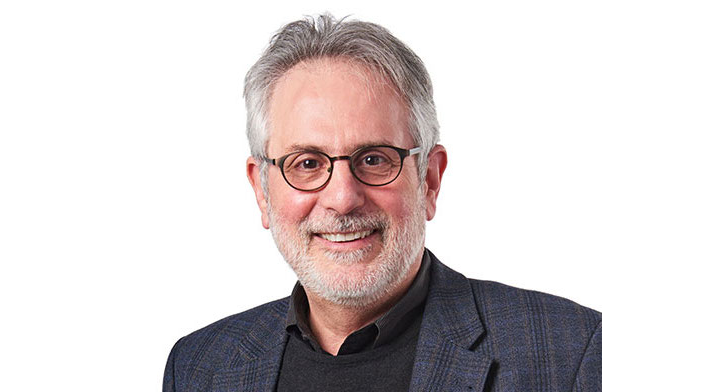 By Shevya Awasthi and Doyel Das

Dr. David H. Raulet is a Professor of Immunology and Pathogenesis at the University of California, Berkeley. His lab focuses on mechanisms of recognition of cancer cells and infected cells by natural killer cells and cytotoxic T cells, as well as mechanisms by which tumors naturally activate or inhibit productive responses by these cytotoxic cells. His lab aims to use their studies to create new therapies and improve existing immunotherapies.

BSJ: Why did you choose to study immunotherapy and specifically natural killer (NK) cells?

DR: The interest came from just trying to understand the biology of the immune system. I’ve always believed that if we could understand how the immune cells do what they do, we could use our findings to develop new kinds of immunotherapy. In the early ‘90s, I started working on NK cells after having worked on T cells for many years. I chose to focus more on NK cells because they were weird and interesting, and many researchers weren’t sure if they even existed as a separate cell type. We discovered that an immune reaction was occurring more powerfully against cells from mice that didn’t have major histocompatibility complex (MHC) proteins [essential for the immune system to recognize foreign molecules], and this reaction wasn’t mediated by T cells. We then realized it was mediated by NK cells, and that was a discovery that got us really intrigued to understand the basic mechanisms. Quite early on we began to think about immunotherapy, because tumors often lose MHC proteins and it became apparent that if we understood these processes, we might be able to make NK cells work better in killing cancer cells. Overall, we have become mainly focused on making NK cells a major immunotherapy target.

BSJ: What is the basic role of NK cells and how do they affect tumors?

DR: NK cells are cells that, like T cells, are protective. T cells look for evidence of foreign antigens—proteins or other molecules that differ from self—and attack things that are non-self. Instead of recognizing things that are non-self, NK cells recognize other signs of danger. As I already mentioned, they attack cancer cells or infected cells that lose MHC molecules, a clear sign of danger. But they also search for signs of stress, because unhealthy cells, infected cells, and cancer cells activate numerous stress pathways. One particular kind of stress that we linked to NK cell recognition is damage to the genome. Stress to the genome causes breaks in the DNA, which triggers the DNA damage stress response. And damaged cells often begin to accumulate fragments of DNA in the cytosol, which is normally kept free of DNA. The cytosolic DNA activates an innate immune signaling pathway that induces the expression of certain cell surface proteins that you can think of as “kill me” signals. These “kill me” proteins are recognized by NK cells and cause NK cells to kill the damaged cells. Our bodies have adopted these mechanisms to help us get rid of unhealthy cells, including cancer cells. But tumors find ways to evade these protective systems. Our conviction is that once we fully understand these mechanisms and how tumors evade them, we can find ways to restore the anti-tumor activity of NK cells. We believe that there’s an important place for NK cells in immunotherapy.

BSJ: What are PD-1 and PD-L1 and how do they interact with each other?

DR: PD-1 is a receptor that is expressed on persistently stimulated T cells. It is overexpressed on T cells after they’ve been stimulated a lot, for example when a pathogen or tumor that is targeted by the T cells cannot be easily eliminated from the body. The normal function of PD-1 is to hold back an over-exuberant response by T cells, for example when the T cells react to normal self cells as opposed to unhealthy cells. Unfortunately, this control function works against us in cancer because some T cells respond and invade the tumor, but they end up upregulating PD-1 on the surface as well. PD-1 is an inhibitory receptor, so when it is engaged, it prevents the T cell from becoming fully active and killing the tumor. Cytokines produced in tumors induce expression of PD-L1, the receptor that PD-1 binds to, on the surface of tumor cells and other nearby cells. The binding of PD-1 to PD-L1 is what causes the T cell to be inhibited. In that case, PD-1 engagement will prevent you from rejecting your cancer. However, the interaction between PD-1 and PD-L1 can be blocked with an antibody, which unleashes the T cells. So blocking it turns out to be a good immunotherapy approach. Using mouse models of cancer, we have recently discovered that NK cells that enter tumors, like T cells that enter tumors, often upregulate PD-1 and can be inhibited when PD-1 engages PD-L1 on tumor cells. We found that blocking PD-1 with antibodies unleashes NK cells as well as T cells to attack tumor cells. Therefore, we believe that PD-1 antibody therapy may act through both NK cells and T cells. 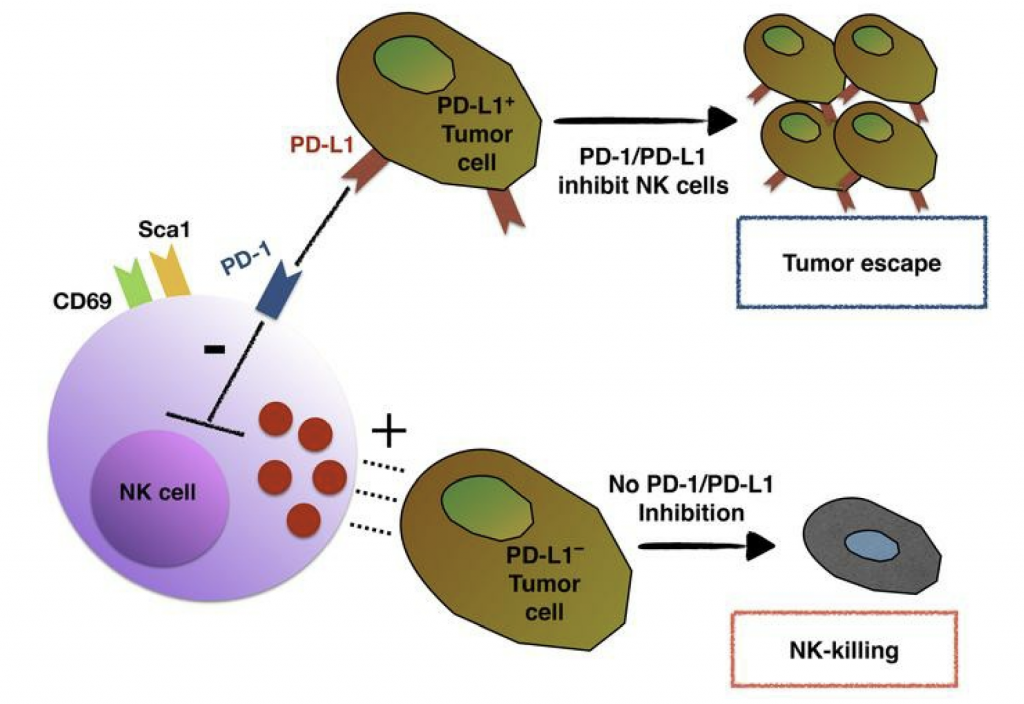 DR: Various immune cells secrete cytokines. They are hormone-like proteins and they act on other cells as part of the orchestration of the immune response. Some cytokines are known to stimulate T cells or NK cells, and we showed that two different families of such cytokines had the effect of restoring the activity of NK cells in tumors in which NK cell activity had been exhausted. These cytokines provided therapeutic effects in experimental cancer models. One class is based on the cytokine interleukin-12 (IL-12). We also worked with a family of cytokines related to interleukin-2 (IL-2). Both types of cytokines were already known to activate NK cells and T cells. Currently, scientists are starting with the actual cytokines and using sophisticated protein engineering methods to make them more effective, work at lower concentrations, and have better half lives in vivo in order to adapt them as therapeutic agents.

BSJ: What is combination therapy and why is it better than using only one form of therapy?

DR: Combination immunotherapy uses multiple drugs that enhance the immune response by targeting different steps in the response, so that they have better overall effects when used in combination than when used separately. We’ve been playing with an accelerator drug called a cyclic dinucleotide, which is made naturally in our cells and is part of the way the immune response gets activated by viruses. Cyclic dinucleotides induce the production of immunostimulatory cytokines, and you can show that if you simply inject cyclic dinucleotides into a tumor, they induce a powerful immune response. We’re combining that with some other drugs that block PD-1 or provide cytokines that prevent immune desensitization, and these two mechanisms working together are much more effective than either alone.

BSJ: Lastly, what are your future projects for immunotherapy and NK cells?

DR: Currently, we have a couple of tracks. In one track, we’re mouse doctors with an eye towards human applications, and we endeavor to make our therapies work better in mouse models before considering using them in patients. We have been working with genetically engineered models of mouse cancer, which are more physiological than other mouse models because the tumors create their own microenvironment and are harder to cure, much like tumors in patients. We think that developing the most effective therapy in genetically engineered models is the next important step in our work. Another set of studies has to do with how NK cells recognize tumors. We know about recognition being induced by stress, but it turns out there are several other receptors that NK cells express, and there’s good evidence that they play a role in cancer recognition. However, we really don’t know what they see. We are developing genetic screens to help us identify what those receptors are recognizing.