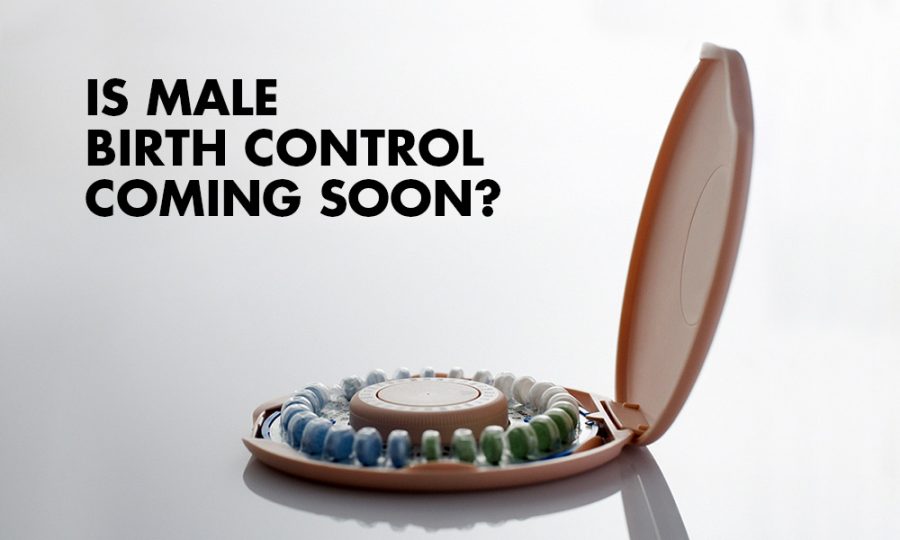 In April of this year, clinical trials will begin for a new, non-invasive form of male hormonal birth control. It’s a gel that you rub on your arms.

These days, a host of female contraceptives are available on the market and it is fairly common to hear about women being on some form of birth control. Why doesn’t the same go for men, though many male contraceptives are also available on the market? Although part of it is a societal issue, another part of it is because of the way male hormonal birth control would work. Here’s why “the pill” for men has failed in the past and why this new “hormonal gel” seems promising.

The most prevalent forms of “male birth control” used today are condoms, vasectomies, and withdrawal. A product called Vasalgel is also on the market, which is a gel that is injected into the vas deferens, the tubes leading from the testes that sperm travel through to be ejaculated. This gel physically stops the sperm from entering the semen. Compared to the birth control options available for women, the options for men are far less diverse. None of the common methods for males work through hormonal means. Why is this?

The reason that a successful male birth control “pill,” or any form of hormonal contraceptive, has not been created yet is because the hormone systems in males and females act very differently. Women have cyclic release of hormones and generally ovulate once a month. The female hormonal birth control pill works through multiple ways: by preventing ovulation, by making it more difficult for the sperm to reach the egg, and also by preventing implantation of the fertilized egg in the uterus. It does this through administering a dosage of sex steroid hormones that are usually released during the last half of the menstrual cycle and also during pregnancy: progesterone and estrogen. In a way, these exogenous hormones trick the female body into thinking it is pregnant or that it has already ovulated which prevents ovulation from occurring.

Since males have no menstrual cycle and constantly produce sperm, there is no analogous method to make the male body think that it has already produced enough sperm or that the male body is “pregnant.” A hormonal birth control pill for males would work through inhibiting sperm production, but this is tricky because it requires a “sweet spot” dosage of testosterone along with progesterone. Testosterone plays a crucial role in sperm production and maturation and also contributes to increased muscle mass and libido. In males, progesterone inhibits testosterone production. Testosterone taken into the body from an external source (such as an injection or a pill) decreases production of testosterone by the body itself. This “negative feedback” mechanism is how the hormonal birth control would work. The “sweet spot” dosage in a testosterone pill would have to be just high enough so that sperm production is inhibited, yet not so high that libido and muscle growth are stunted by the low levels of testosterone produced by the body.

In addition to the difficulty in finding the perfect dosage of testosterone, complaints about the side effects associated with hormonal birth control in males have contributed to the failure of previous studies. In a study done in Europe between 2008 and 2012, male participants were given two gluteal injections of norethisterone enanthate (a type of progestin, like progesterone) and testosterone every 8 weeks for 26 weeks. Early results from the study seemed promising, though it was halted early because many of the male participants withdrew from the study due to adverse side effects. Side effects included acne, palpitations, hypertension, erectile dysfunction, and mood changes.

This new hormonal gel seems promising because it would deliver a more consistent dosage of testosterone than oral contraceptives or hormone injections, and would last in the bloodstream longer than oral contraceptives. Clinical trials for the gel will begin in April and last about four years, so the product will not be hitting the market for several years. Participants include more than 400 couples from six countries, including the U.S. and the U.K. For the first four months, both the men and the women participating will be on contraceptives, with the men using the gel and the women using other hormonal contraceptives. The gel is to be applied once daily on the upper arms and shoulders, but if a dose is missed, there is a bit of a “forgiveness period,” since the gel is supposed to be effective in preventing sperm formation for up to 72 hours. During these first four months, sperm counts in the men will be frequently monitored until they drop to less than 1 million sperm per milliliter, which is considered “sterile.” After the first four months and once the male partners’ sperm counts are low enough, the female partners will stop using their own birth control while the men will continue to use the gel every day.

Male contraceptives are available on the market today, but the lack of variety is partially due to the fact that there isn’t as much of a market for male contraceptives as there is for females. Though this new gel seems promising, the real question is: will men use it?