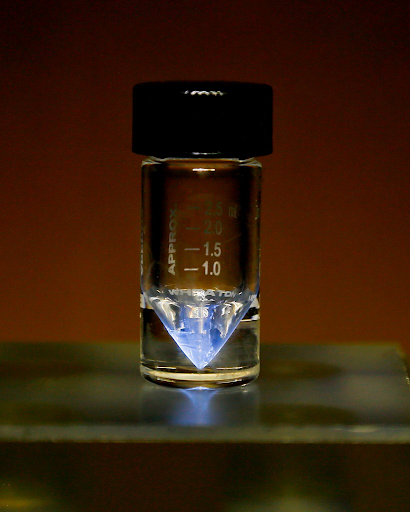 A New Nuclear Warhead in the Works. Its Target: Cancer

When people see or hear the word “nuclear,” it often invokes distrust and fear due to its association with war. Consequently, we often label advancements in nuclear science as  dangerous. But, nuclear technology is much more than just weapons and disaster—it can save lives.

This promising medical therapy can be used in two specific ways: immuno-pet imaging, which is a type of medical imaging technique using special cameras that pick up different energies from nuclear decay. Or it can be used as cancer treatment.

Immuno-pet imaging is already widely used to image bones, the brain, the heart and more. Even so, scientists are trying to find a way to image cancer, and hopefully treat it. Robert Flavell and his team at the University of California, San Francisco, researched applications of immuno-pet imaging in the context of prostate cancer. They discovered that prostate tumors have a specific regulatory marker called CD46. Using the isotope Zirconium-89 ([89Zr]DFO-YS5), that they call YS5, they created a CD46-targeted radiopharmaceutical.

YS5 is unique because it was developed to decay only when it is in contact with CD46, and will not decay anywhere else in the body or cause harmful side effects. 89Zr (the radioactive component of YS5) is a beta particle emitter, which is basically a positive electron. When it begins decaying these beta particles are released, they come in contact with the electrons in cancerous tissue and two rays of energy are released in opposite directions. The energy rays light up on an immuno-pet scan and show the precise location of every part of the tumor—even if it has metastasized.

To test YS5, Flavell and his team injected mice with cancer cells and found that the imaging capability of YS5 was as predicted— 24 hours after injecting YSF, they were able to take clear pictures of the tumors in mice. Clearer  pictures of the tumor were found once 168 hours had passed, meaning decay continued in the tumor, and not in the rest of the body.

The thought of directly injecting radioactive substances into the body often creates apprehension among the public. But post-death biopsies of the mice confirmed what the scans showed: the YS5 compound only appeared in high levels within the tumor and was  almost completely absent elsewhere in the body. In other words, although this isotope actively decays in the mice’s bodies, it only does so at the site of the cancer, and, for the most part, stays in and around the tumor. The only caveat is that we cannot measure other sources of energy, like gamma rays (a type of high energy radiation that can break down cell tissue). 89Zr, the radioactive component of YS5, emits many gamma rays as it goes through each step of its decay.

While YS5 works—researchers are currently looking for a safer and cleaner option for the next step in radio-imaging and cancer treatment. However, YS5 proves the efficiency of new radioactive imaging techniques that are possible pairs of cancer treatments. Further studies are necessary to implement a safer version in clinical trials.

Accurately detecting and imaging cancer is only one side of the story of radiopharmaceuticals and the fight against cancer. The next step is treating it. One way of doing this is with radioisotope therapy.

Radioisotopes treat cancer by decaying in the body and releasing energy which destroys cancer cell’s DNA, killing them. This method is better than other treatments like chemo because radioisotopes are injected directly into cancerous tumors, selectively killing cancer cells and leaving healthy cells unscathed. Essentially, chemo radiation acts as a machine gun, killing everything in its path to get to the cancer, whereas radioisotopes function like a sniper: they only target the bad and preserve the good.

Nuclear engineers and scientists still have a long way to go to create the most efficient therapeutic isotope, but nuclear technology could be one of the best ways to fight cancer. Developing it further is the next step.