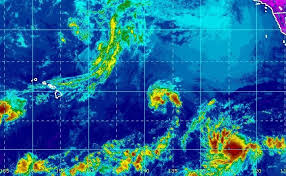 For a brief time, Hurricane Patricia had taken America by storm (pun definitely intended). On the night of Wednesday October 21st, Patricia was an under-the-radar tropical depression that drew little attention. Then, due to a combination of high ocean temperatures, low pressures, and low wind currents, Patricia began to grow at a rate that astounded and terrified not only scientists, but much of America as well (1). By the morning of Friday October 23rd, Patricia was “the most powerful storm ever measured by the U.S. Hurricane Center” (2).

Patricia’s rapid growth and destructive power has largely been attributed to the weather phenomenon known as El Nino, when the temperature of the Pacific Ocean near the equator rises and the air pressure in the eastern Pacific Ocean drops. But as Patricia was dominating headlines across the country, many media outlets also chose to focus on the effect climate change, more specifically global warming, has had on the destructive potential of hurricanes. Many of these articles argued that as global warming continues, tropical storms will increase in strength and danger, and cite Patricia as an example. Furthermore, many of these pieces called for steps to counter global warming to mitigate the future danger of hurricanes, as well as advocated for stronger hurricane defenses to prepare for more powerful storms. However, a number of articles also proposed the opposite argument – Patricia’s record-breaking strength is not the result of global warming.

But looking outside of the realm of popular science, is Patricia evidence that global warming is causing more dangerous hurricanes?

The link between global warming and Patricia is tenuous at best; it is difficult to divorce the amplification of Patricia due to El Nino from the amplification due to climate change. Moreover, no single weather phenomenon can be solely attributed to a large-scale trend like global warming, nor should a single event or storm be held as indicative of a trend as widespread as climate change. While no scientific literature exists on the subject (Patricia is too recent a phenomenon), climate experts like Kerry Emanuel, who was among the first to predict that global warming would increase the strength of hurricanes, have declined to state that Patricia specifically is evidence of the link between climate change and hurricane intensity (3).

However, looking beyond Patricia, does science indicate that global warming has led or will lead to more destructive hurricanes?

Well, kind of, but not really. Recently, scientific literature has increasingly found links between climate change and more destructive hurricanes. However, many of these articles stop short of explicitly stating a causal link between global warming and more powerful hurricanes. A 1987 article in Nature by Kerry Emanuel predicted a significant increase in the destructive potential of hurricanes due to greenhouse gas-induced climate change, but the increase of the magnitude of Emanuel’s predictions has not been seen (4).

Emanuel returned to the subject in 2005 and demonstrated an increase in the destructiveness of hurricanes that correlates strongly to increased ocean temperatures (5). Webster, et al. also found an increase in the number of category 4 and 5 hurricanes, between 1970 and 2005, which was, in their words, “not inconsistent” with models that correlated increased hurricane intensity with global warming (6). However, both these studies conceded that the measured increases could be within normal variance of hurricane intensity.

The end result: scientists have not disproven the notion that global warming will lead to more powerful hurricanes, but they haven’t definitively proven it either. The reality may be that scientists will not be able to definitively state this link exists until these stronger storms are actually upon us. However, even without definitive proof, the evidence in favor of the notion continues to grow.