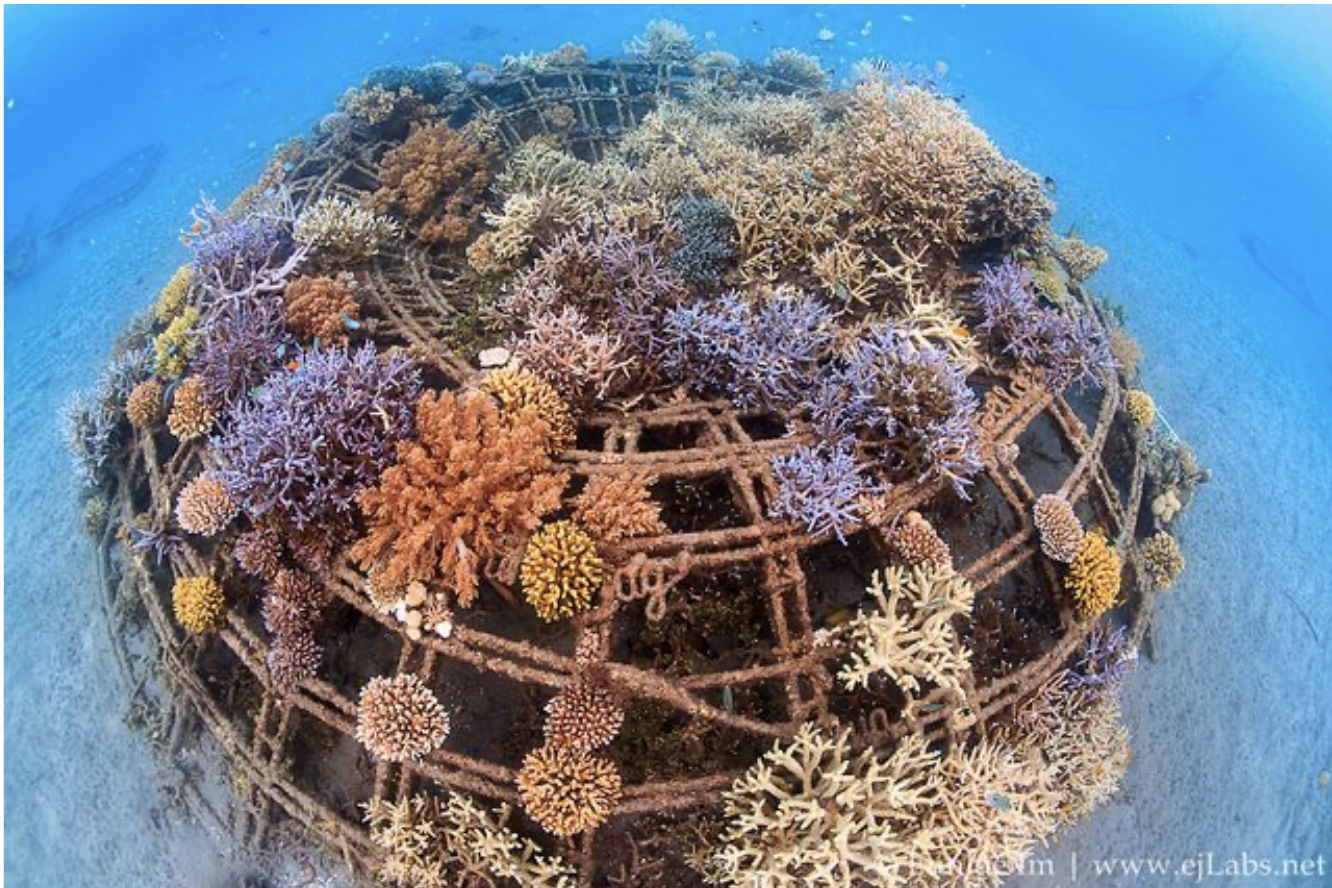 What do you picture when you think of coral reefs? A myriad of colors, an ecosystem filled with vibrantly colored sea-creatures, or maybe even the Great Barrier Reef? These depictions we are so familiar with one day will only be stories future generations will hear. These vivacious ecosystems known for their vibrancy are turning into monotoned wastelands.

Coral reefs are the key to comprehending how ocean ecosystems work. Coral reefs are three-dimensional shallow-water structures dominated by stony corals. Their main purpose is to aid in protecting islands from storm damage and erosion. Without coral reefs, these islands would face much harsher conditions, and coastal communities may not be able to sustain human life as a result. Due to the delicacy of coral reefs, the changes brought by global warming will have a deeper impact on this system as compared to other marine systems.

With climate change, we are seeing a multitude of ecosystem changes that are damaging the reefs. The increase in temperature and decrease in the pH of the ocean cause chemical imbalances in the system. With a decrease in pH, the ocean becomes more acidic. More acidity in the ocean prevents organisms that have shells and skeletons from getting the calcium carbonate they need to make these shells, thus preventing them from building and maintaining their shells/skeletons. A change in pH can also impact other marine life such as their ability to reproduce, grow, and can stop those that use chemical communications. By the end of the century, it is predicted that the oceans pH will be about 7.8, a number that hasn’t been seen since 14-17 million years ago right before a mass extinction.

Biorock, otherwise known as Mineral Accretion Technology, or Seament, is one technology that is designed to sustainably aid in coral reef restoration. Biorock is a cement-like engineering material that is formed when a miniscule current of electricity is passed between underwater metal electrodes that are placed in the seawater. This current of electricity interacts with the minerals in the ocean water as well as enable solid limestone to grow on its structure, using the same concept as electrolysis. Electrolysis is the usage of a current of electricity to stimulate a reaction that is non-spontaneous. Fragments of coral can be transported from other reefs to the biorock to help stimulate their growth as this technology enables the process of growth for coral reefs to be sped up. By utilizing this technology, the coral has a 50% increased chance of survival as compared to beforehand. This is only one example of many types of technology that are being utilized throughout the world.

With all of these issues causing harm to reefs, the urgency of the situation is alarming. More research was done on terrestrial than aquatic ecosystems, with the 2007 Intergovernmental Panel on Climate Change (IPCC) report including 25,586 examples of change in terrestrial ecosystems but only 85 examples from aquatic ecosystems. More research is being put into freshwater ecosystems due to the well-defined boundaries, making the answer to scientists’ research questions a much more attainable goal. Because of the ill-defined boundaries the ocean has, it makes understanding the uncertainties of the ocean and how it works a harder achievement. However, despite the little surface area that coral reefs cover, they hold a tremendous amount of biodiversity that is crucial to uphold. Having just 400 Marine Protected Areas in over 65 countries and territories isn’t enough to salvage this crucial system. More research and more action needs to be put into coral reefs if we want to truly save our ocean.

Although learning about these crises can leave one feeling morose, there are many trying to lessen the impact we have placed on our coral reefs. Companies such as the Coral Reef Foundation grow offshore coral reef nurseries and then rehome them to carefully selected areas. The Coral Reef Foundation also does research with other companies, universities, NOAA, and other organizations that want to help monitor the coral they plant as well as use the data they collect to figure out solutions that could aid in the crisis. Other companies, such as the Coral Reef Alliance, the National Coral Reef Institute, and the U.S. Coral Reef Institute, have the same goal: helping to bring back our beautiful coral reefs so that they can continue to be bright and mesmerizing.

Students, K. S. C., & Biology, B. I. O. 381 T. M. (n.d.). How Technology is Saving the World’s Coral Reefs. Go to the cover page of A Student’s Guide to Tropical Marine Biology. https://tropicalmarinebio.pressbooks.com/chapter/how-technology-is-saving-the-world/#:~:text=To%20help%20preserve%20and%20restore,which%20is%20run%20through%20steel.