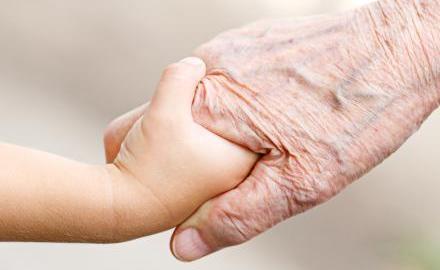 Despite popular science fiction, we still can’t transport instantly, travel back in time, or do anything beyond slowing down the process of ageing. Modern medicine can do more than we ever imagined just a century ago and it’s constantly improving. As we learn more about human biology and the human genome, people are looking for a “cure” to mortality.

Scientists still are not entirely sure what causes ageing. There have been various theories presented on what causes our cells to age and eventually fail. These theories can be divided into two categories: Damaged based, and Programmed (based in our genetics).

The theory of DNA damage,states that ageing is caused by a buildup of damaged DNA, that is, DNA broken during replication. Broken DNA can cause  a cell’s natural death, apoptosis, to speed up, or cause cells to malfunction and break down. Our body makes a huge amount of errors each day, so proteins like DNA polymerase act as the body’s spell checkers to make sure there are no glaring mutations in the new strands of DNA. Undiscovered mistakes can lead to unchecked cell growth and even cancer. Our bodies can also accumulate free radicals from the environment (foods, tobacco, air pollutants) which cause cell damage.

Another important aspect of damage are the cell’s telomeres which act as caps at the end of chromosomes to keep them from unraveling, similar to the plastic on the tips of our shoelaces. With each DNA replication, they get shorter and eventually fall apart, triggering cell death in most cells. It was discovered by Leonard Hayflick in 1961 that cells can only divide a certain number of times before death. This is extremely important when it comes to preventing cancer growth but it could lead to ageing. This limit on division makes it more difficult for tissues to renew themselves as time goes on.

The second theory states that we are programmed to die in order for evolution to occur. In other words, our bodies have a purposefully limited life span for the overall benefit of the species (the “greater good”). This essentially results in a ticking biological clock, regulated by hormones through the body’s endocrine system (the glands that secrete hormones into the blood). The immune system is programmed to decline as well, making humans more likely to get lethal diseases and infections as we age. Ageing is not recognized as an official cause of death; typically the cause is listed as any number of other causes such as congestive heart failure or a chronic respiratory disease.

Additionally, there is the idea that as we age certain genes are switched on or off as part of the natural ageing process.This is a controversial theory because there are other causes of death, like drowning, that have nothing to with age. There is clear evidence that the immune system declines beginning with puberty and that certain genes regulate ageing, but programming is still debated today.

Neither of these theories are perfect; in fact they contradict each other in many ways. There is still a lot of research to be done, but with genetics research today the possibilities are incredible. So the question remains: Is immortality really scientifically possible?