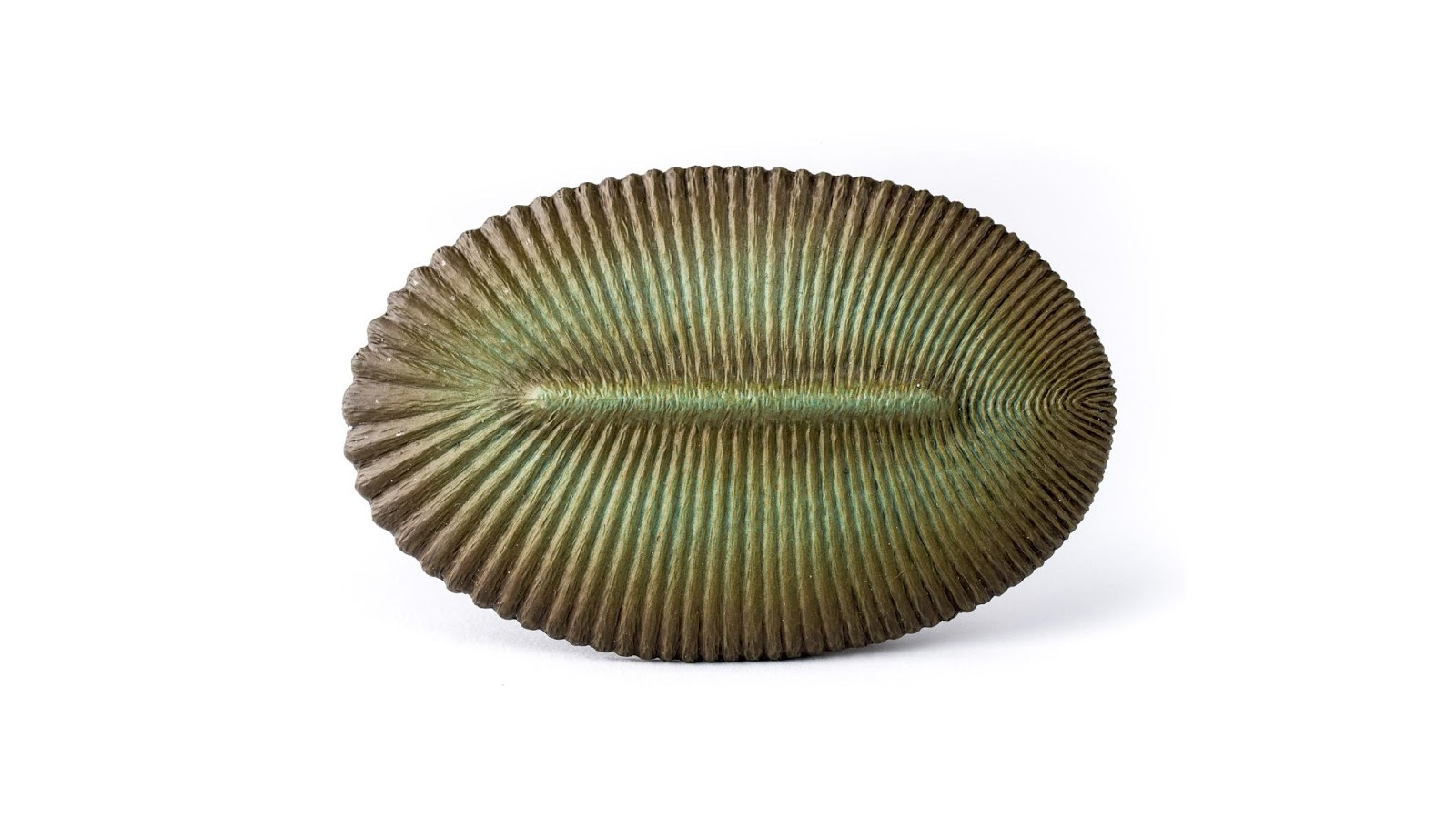 We can all trace our roots back to the first animal: the Dickinsonia.

The discovery of the Dickinsonia fossil has puzzled scientists for decades because of its unusually large size compared to other organisms found in the Edicarian time period. However, a recent study from the Australian National University has confirmed that Dickinsonia is neither a plant nor a microbe; it is an animal: the first complex non-photosynthesizing multicellular organism to exist on Earth.

Dickinsonia, which resembles a pancake with indents, was discovered in the late 1940s and was soon determined to have lived during the Ediacaran period 558 million years ago in the Phanerozoic Era. Dickinsonia existed before the first sponges, invertebrates, and mollusks, but after the emergence of multicellular life, sexual reproduction, and the earliest plants. The Ediacaran period is sandwiched between the Cryogenian period, known as “Snowball Earth” as Earth was in an ice age, and the Cambrian Period, where life began to diversify rapidly.

Dickinsonia’s origins can be traced prior to the Cambrian explosion that occurred around 541 million years ago. The Cambrian period was one of rapid evolution, evident by the many major animal phyla fossils that dated back to that period. It was previously believed that organisms only started becoming larger than a few millimeters and more physically complex after the explosion. However,  Dickinsonia was found to grow up to 140 centimeters long. Because of this placement in time and its size, Dickinsonia was believed to possibly be an unusually large plant, giant amoeba, or microbe.

The ANU PhD scholar Illya Bobrovskiy, who was in a team led by Jochen Brocks, found a well-preserved Dickinsonia fossil in the White Sea—so well preserved that the tissue still contained molecules of cholesterol. Ring-like fatty molecules known as sterols help keep the membrane surrounding a cell flexible and fluid. These sterols contain cholesteroids only found in animals, not bacteria. Therefore, the existence of cholesterol provided evidence that Dickinsonia was an animal.

While plants, animals, and fungi all have sterols, different types of sterol predominate in each group. The Dickinsonia tissue was found to have 93% cholesterol; the surrounding algae and rocks contained 10% cholesterol and 75% of a sterol found commonly in green algae, suggesting that Dickinsonia were animals living 17 million years before the Cambrian explosion.

Extracting and analyzing the molecules within the fossils is a revolutionary concept, and Bobrovisky and Brocks are opening up new possibilities in fossil dating. Paleontologists typically study the structure of fossils in order to date it, or they can determine the radioactive decay of isotopes within the fossils and surrounding rocks to find the half-life of those isotopes, measure how much has decayed, and from there date the fossils.

The Dickinsonia links the microscopic world of bacteria to the macroscopic world of animals, and it existed approximately 17 million years before modern animal life was believed to exist. The study proves that the Cambrian explosion theory may not be entirely accurate and that there may have been another extinction occurring between the Cambrian and Precambrian periods.

The next step researchers hope to take is to find currently existing descendants of the Dickinsonia and to study another Ediacaran organism, the Rangeomorph. The Rangeomorph are leaflike creatures with tubes branching in a fractal pattern, and their status as an animal, plant, microbe or otherwise has been unconfirmed.