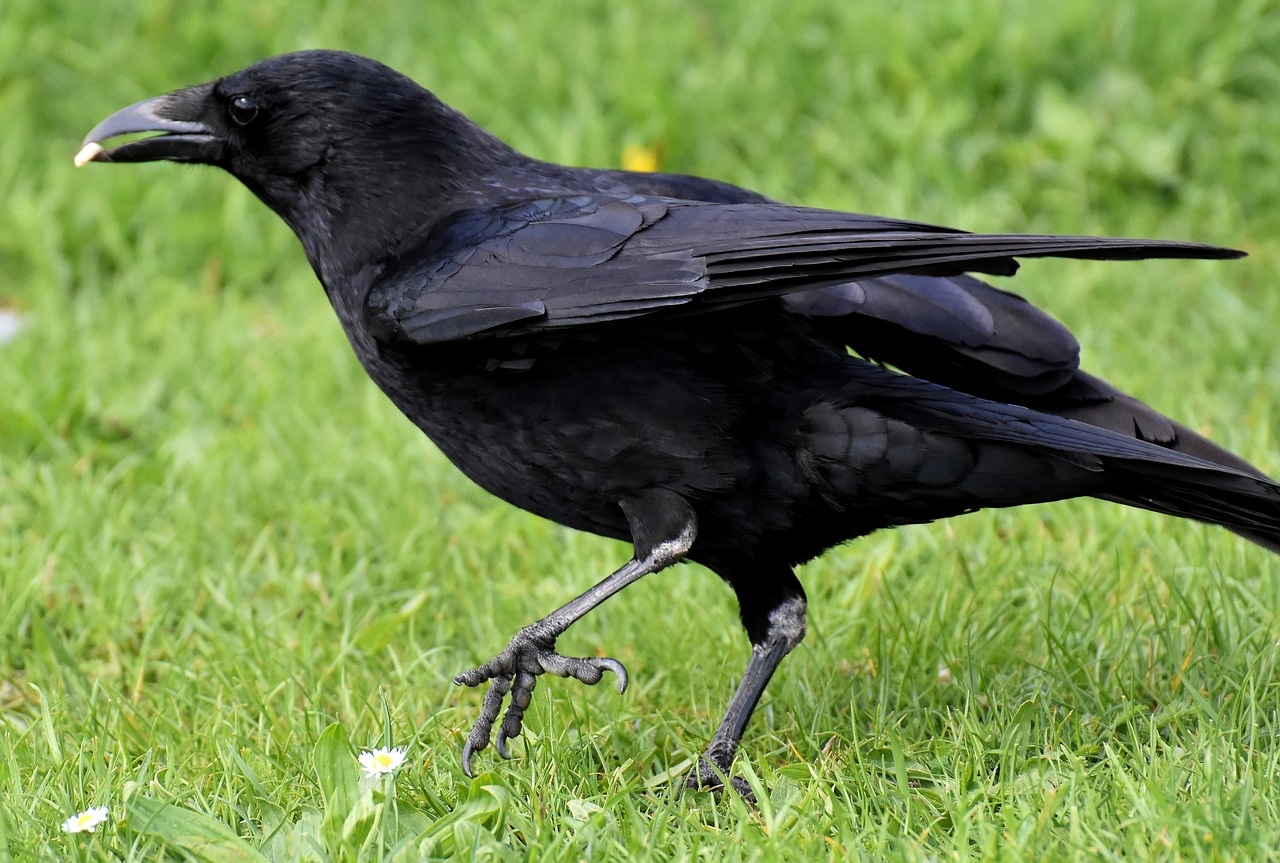 There are a plethora of videos showing rats navigating mazes and octopuses opening jars to obtain a reward. You may have also seen one video in particular of a crow dropping objects into a tube of water to raise the water level, understanding water displacement in order to snag a floating treat. In these videos, the animals are all demonstrating problem-solving skills.

We are often fascinated with how “smart” animals are, whether it’s ranking their intelligence levels or training them to do tricks and follow commands. As humans, we can mentally represent a problem’s solution and the steps employed along the way, but what about animals? A recent study delves more into animal cognition by exploring how crows conceptualize problems and goals. The research paper, “New Caledonian Crows Use Mental Representations to Solve Metatool Problems,” found that crows, similar to humans, were able to plan three steps in the future when using tools, like sticks or stones, to solve problems.

New Caledonian (NC) crows were chosen as subjects due to their complex-tool behaviors in the wild, for example, using twigs to capture grubs. Researchers classified objectives into “goals,” such as reaching food from a platform, and “subgoals,” which included minor steps and distraction set-ups.

Experimental set-ups tested the crows’ ability to simultaneously represent the sub-goals and final goals in their minds, as well as their ability to spontaneously plan with novel information.

Researchers found that the crows could plan several steps ahead while using tools to obtain a food reward. Their findings also supported the hypothesis that NC crows could act as Popperian creatures, animals that utilize mental trial and error. However, researchers are still unsure of the “nature” of the crows’ thought processes. Are mental representations centered around the end goal or based on a process of events? Are they shaped by the knowledge of likely outcomes or based on new information?

Animals are often described as sentient — able to perceive or feel things — or conscious of themselves and their surroundings. Varying levels of cognition have been studied in animals, showing that humans and animals possess similar levels of perception, attention, selective learning, and memory. Research regarding problem-solving and planning in animals would contribute to our understanding of animal cognition and perhaps influence how animals play a part in our lives.

Animal Cognition. 6 May 2012. Retrieved from https://plato.stanford.edu/entries/cognition-animal/

How do animals think? 20 Oct. 2017. Retrieved from http://agriculture.vic.gov.au/pets/care-and-welfare/how-do-animals-think