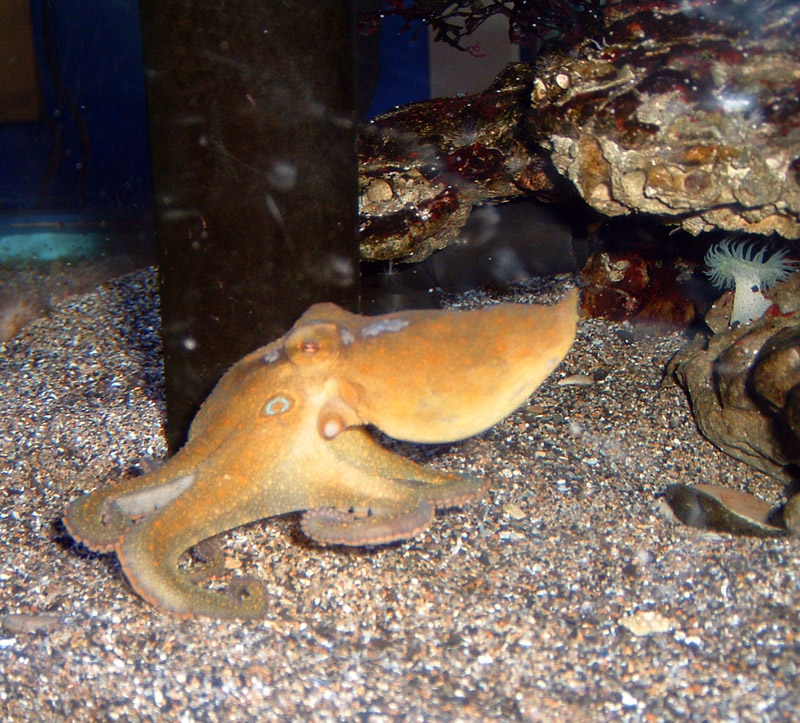 The last thing you’d expect to have in common with the octopus is increased socialization after taking ecstasy.

Ecstasy, scientifically known as 3,4-Methyl​enedioxy​methamphetamine, or MDMA for short, is a drug that alters our mood and perception. Although humans and octopi are separated by over 500 million years of evolution, they share a gene from a common ancestor, also known as an orthologous gene, called SLC6A4 that encodes a serotonin transporter. The neurotransmitter serotonin affects mood, appetite, sleep, sexual arousal, and trust. MDMA usage releases large amounts of serotonin, which increases the user’s happiness and empathy.

So far, studies that examine the presence and evolution of the SLC6A4 serotonin gene are not prevalent. The SLC6A4 gene has been found in the recently sequenced California two-spot octopus genome. In a study published September 2018 in Current Biology, researchers exposed octopi to an MDMA bath for 10 minutes and a saline wash for 20 minutes before being tested. Octopi were then placed in a three-chambered container: one with an inanimate toy, another being an empty center chamber, and one with a normal (non-MDMA treated) octopus for 30-minute test sessions.

The researchers found that the California two-spot octopus was more likely to socialize with a male or female of its own species after immersion in an MDMA bath. Some octopi even extended their arms out, as if they were hugging their fellow subject animals! In contrast, octopi who were not exposed to MDMA spent significantly less time socializing.

Octopi are not the only animals influenced by serotonin. Serotonin is reportedly one of the causes of locust swarming, switching them from solitary insects to a crop-eating horde. Another study reported that low levels of serotonin are correlated with impulsive aggression in English cocker spaniels.

Sociality is widespread throughout the animal kingdom, in both invertebrates like bees and ants, and other vertebrates like fish, birds, and primates. While other neurotransmitters involved in ecstasy use and socialization amongst species, serotonin is an “ancient molecule” present across many lineages and the study’s researchers believe serotonin’s social benefits preserve the neurotransmitter after thousands of years of evolution. Increased research in animal behavior,  may discover common neurotransmitters or neuro-mechanisms between animals and humans and show that we are not as different as we think.

Klein, Joanna. (2018, September 20). On Ecstasy, Octopuses Reached Out for a Hug. The New York Times. Retrieved from https://www.nytimes.com/2018/09/20/science/octopus-ecstasy-mdma.html