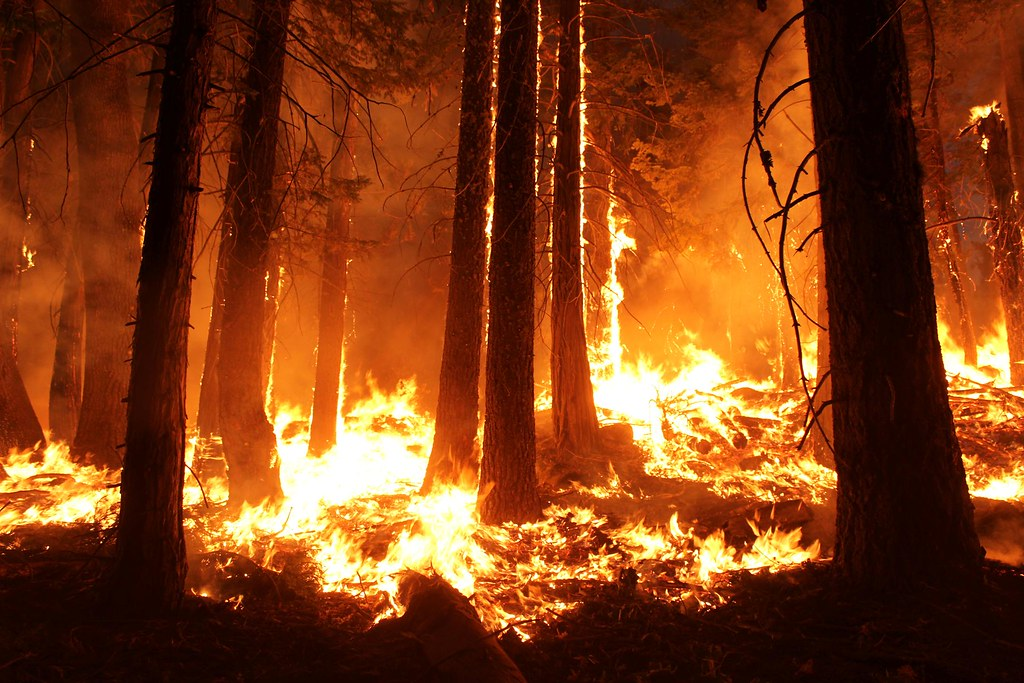 Image: A Californian wildfire, taken on August 17, 2013, provided by the US Department of Agriculture.

You are standing on a giant precipice. On the left is a windfall into wildfires and heatwaves,  and on the right is a sheer drop into icy storms and snowfall. This is the situation climate change has placed us in, where record breaking disasters on both sides of the temperature spectrum can be directly attributed to anthropogenic climate change.

How can warming temperatures be responsible for both hot and cold disasters? This question is often asked when talking about the disasters Americans have observed in California and in Texas. Surely, climate change and warming temperatures should increase the frequency of wildfires and decrease the frequency and severity of snowstorms. However, climate scientists purport that this is not the case.

Between 1972 and 2018, the frequency of California’s forest fires have increased significantly, by nearly eightfold. Additionally, these same forested areas have observed an increase in ambient temperature by approximately 1.4°C. This increase in temperature has been attributed to climate change and has impacted  the abiotic environment, which consists of all non-living factors within an area. The atmospheric vapor deficit, or a measure of how little moisture is in the air, has notably increased and subsequently exponentially increased the effects of summer forest fires. Dry winds and lack of rainfall are the two primary criteria for wildfires; since 1972, decreased rainfall has resulted in an increase of eight autumn days where forests are marked as having a high probability of wildfires. 1

Colder disasters, such as the snowstorms that Texas experienced earlier this year, are thought to be related to warming temperatures in the Arctic region. This is inherently unintuitive—how can warming temperatures in other parts of the world cause Texas’s temperatures to plummet in such a drastic way? Scientists say that the Arctic is warming, on average, twice as quickly than the rest of the planet. This has a displacing effect on what scientists refer to as the polar vortex—an area where cold air is concentrated in the North Pole. This displacement of polar air due to the warming Arctic could be interfering with the circulation of air around the globe, causing the record breaking temperatures observed in Texas during its recent snowstorm.

We may need to reconsider our definition of a ‘once in a generation’ wildfire or snowstorm, and consider how local phenomenon may be affected by a changing climate thousands of miles away.