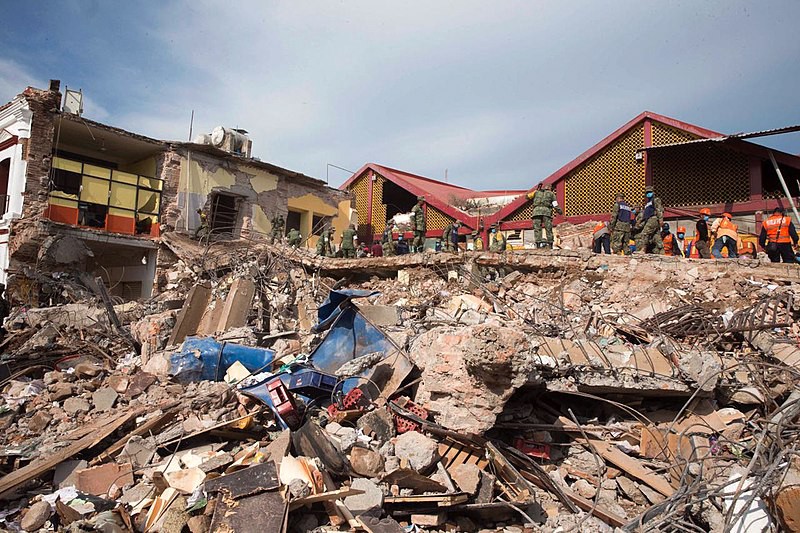 You’re not a California native unless you’ve constantly recited that the San Andreas faultline is overdue for a massive earthquake. And with major earthquakes climbing up from South America every week, now seems to be the time to take precautions seriously.

In the span of two weeks, some of the strongest earthquakes in a century occurred back to back in Mexico, causing millions in damage and claiming hundreds of lives. And in the weeks of October and September 2017, earthquakes with a magnitude of 5.0 and greater have impacted countries across the globe at an increasing rate. With the natural disaster affecting populations worldwide, how much danger is California in?

California lies above active tectonic plates along the San Andreas faultline. In addition, Northern California borders the Cascadia subduction zone, with subduction zones being the only faults that can source earthquakes with a magnitude of 8.5 and greater on the Richter scale. The Richter scale is a quantitative measurement system that ranges from 1 to 10, with extreme earthquakes ranging from 5.5 to 8.0. In areas with dense populations among closely packed buildings and structures, earthquakes high on the richter scale become catastrophic.

We do not yet have the technology to predict earthquakes due to the depth and speed of seismic vibrations. Scientists cannot quantify when an earthquake will occur and prepare residents for the disaster. As a result, unlike with other natural disasters like hurricanes, wildfires and tsunamis, an evacuation plan is almost impossible.

To combat California’s earthquake-prone geography, buildings must follow regulations and codes that help make them earthquake resistant. In addition, earthquake detection systems are being implemented to warn residents of potential disasters. Many devices can be used to alert the public about upcoming earthquakes. For example, a seismometer measures vibrations in the Earth’s crust that could potentially lead to an earthquake, while disruptions in light beam transmissions can be used to detect plate movement.

As of now, if an earthquake were to occur along the San Andreas faultline, it would happen without much warning. When an earthquake strikes, take cautionary steps to most effectively minimize damage. Take cover under sturdy structures when inside and make sure to cover your neck and head to prevent serious injuries. If outside, it is best to avoid older or taller buildings, and evacuate to locations with a strong, low infrastructure or open areas.

An earthquake in California would become a large scale natural disaster with the potential to devastate populated regions. Today, new scientific research centralizes around developing an early detection system that could warn residents of oncoming danger. Still, taking precautions during such a natural disaster is vital to safely recovering from it.