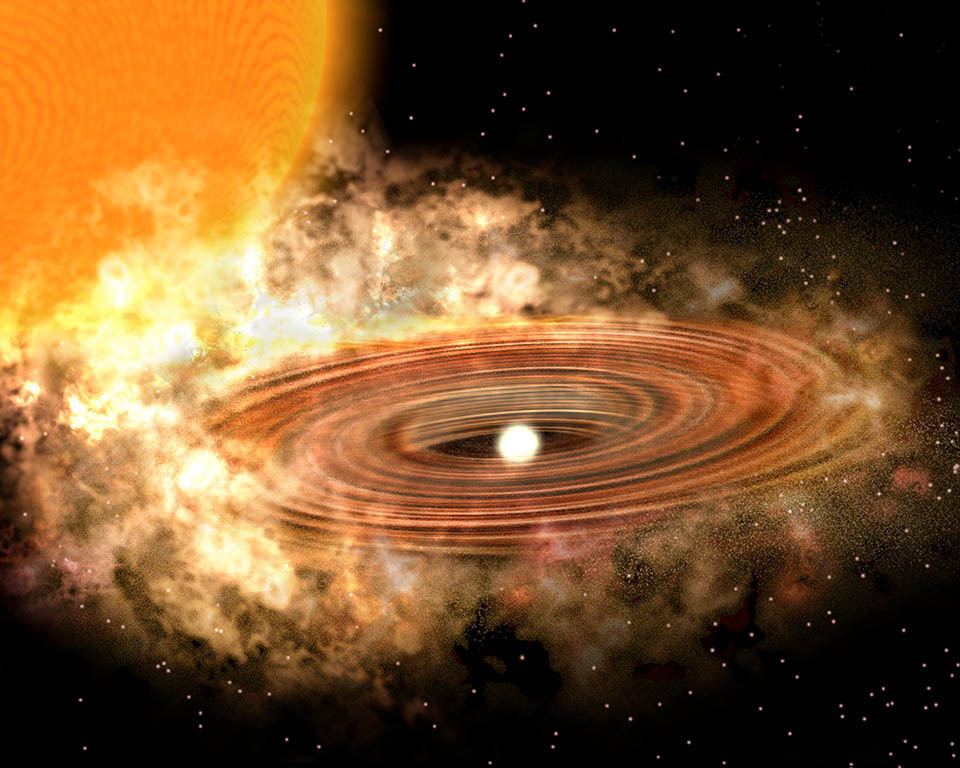 Physics is an amazing science that can bring together ideas from seemingly distinct fields and turn them into a greater understanding of the workings of the universe. The Atacama Large Millimeter/submillimeter Array (ALMA) is a group of telescopes in Chile that allows astronomers to investigate cosmic phenomena that occur in the region between radio and infrared radiation. This has resulted in an increased understanding of exoplanets, nebulas, solar wind, and the formation of solar systems. In a paper titled “Testing particle trapping in transition disks with ALMA”, the team in Chile investigated the latter of these phenomena.

The formation of solar systems is understandably complex. A fundamental component of this process that the ALMA group specifically targeted was that of pressure bumps triggering accretion disks. Accretion is the process by which planets form through the clumping of space dust into space rocks and eventually into planets like Earth (one of the larger space rocks we call home). The paper mentioned that their main target was a star in the Ophiuchus nebula (SR 21), which is one of the closest regions of solar system formation to our own. The accretion disk surrounding this star had an interesting asymmetry which prompted the team to investigate further.

They compared this region with another star’s (HD 135344B) spiraling accretion disk in an adjacent nebula. The theory behind these findings has some incredible harmony with the thought that order emerges from chaos. These findings are significant as they are contrary to the conventional interpretation that vortex dynamics are the leading cause of this formation, as opposed to what was observed to be the case with ring models. The most basic example of vortex dynamics would be releasing the plug in a sink and watching the water spiral down the drain. Of course, the paper addresses that there can be other factors that contributed to their discovery.

Discounting longer formation times, properties such as planet mass, turbulence, and temperature of the disk could affect this concentration of particles in these pressure bumps. This disk in question, belonging to HD 135344B, is one in which dust and gas are mixed like salt in the sea. However, when fully formed planets interact with these types of disks, the dynamics change. A massive enough object, such as a planet, will perturb the disk by essentially creating a gap in the region where they intersect. This gap creates what is known as a pressure bump, which is exactly what it sounds like. The larger the planet, the higher the pressure bump needs to be in order for trapping to occur.

The observations of SR 21 and HD 135344B’s respective disks show that vortex dynamics are not the sole cause of asymmetries in accretion disks and phenomena like pressure bumps better describe the dynamics of these systems. Though more study is needed to fully understand these systems, this is a significant step in that understanding.

By uncovering the processes by which solar systems come into being, we can gain insight about the dynamics of the universe as well as crossover to other diverse fields. Coming to a definitive view of the evolution of our surroundings is a goal which seems insurmountable, but that’s the beauty of science. The impossible of yesterday becomes the ordinary of today. An intriguing application, in my view, would be using these astrophysical approaches to attempt to achieve fusion. If this perspective proved useful, it could have a tremendous impact on clean energy, space exploration, and so many other parts of society that we can’t even envision at this point.