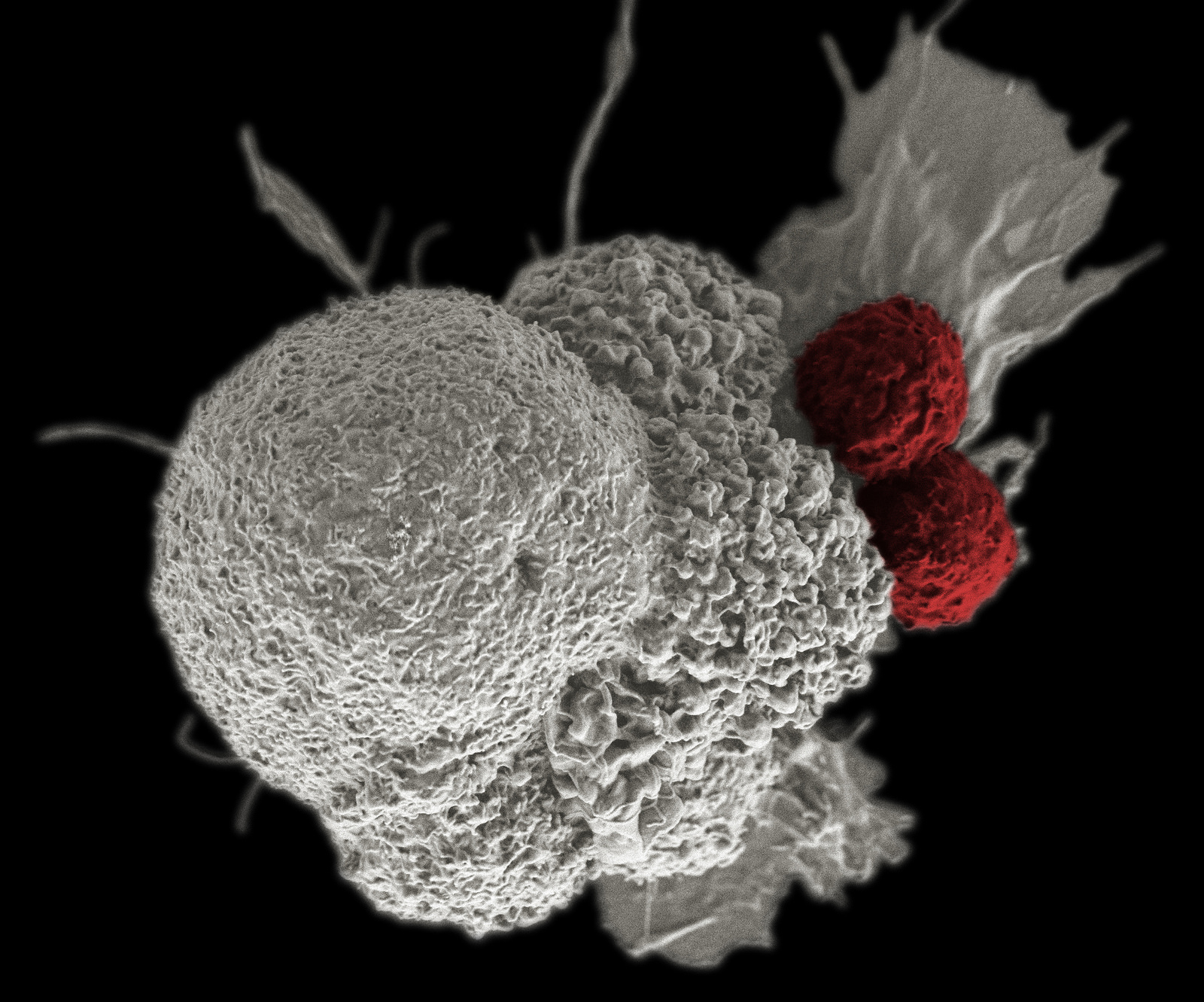 For years, cancer has been thought of as a daunting and incurable disease. However, what if the body already had a built-in mechanism to defend itself against cancer?

Dr. James Allison and Dr. Tasuku Honjo have pioneered the field of cancer immunotherapy with their Nobel Prize winning research by utilizing immune checkpoints to help attack cancer cells. Usually, these checkpoints are important regulators of the immune system to control the intensity of the immune response and prevent autoimmunity when the body’s immune system attacks itself, but when inhibited, the lack of checkpoints allow for a heightened immune response that can defend the body against cancer cells.

The two specific receptors that Allison and Honjo focused on are CTLA-4 and PD-1, respectively, which are both embedded in the cell membrane of a T-cell. CTLA-4 and PD-1 interact with CD28, another receptor on the cell membrane. CTLA-4 interacts with CD28 more directly through competitive inhibition as it has a greater affinity than CD28 for the shared ligand on the antigen presenting cell, limiting CD28’s ability to initiate downstream immune cell signaling. PD-1, on the other hand, interrupts the cell signaling pathway after the signal is already generated. PD-1 is activated by molecules involved in inflammation and other similar processes, allowing it to regulate the immune response in peripheral tissues. Since the signaling cascade generated by CD28 relies on phosphorylation, PD-1 can lessen the surface area that is affected by dephosphorylating the molecules involved in the immune system response.

When antibodies are created for these two receptors, the immune checkpoints are inhibited, allowing the immune system to attack cancer cells without being restrained. Experiments performed by Dr. Allison and Dr. Honjo have showed significant reduction in the size of tumors when using these immune checkpoint inhibitors. Various large pharmaceutical companies are now exploring the synthesis of drugs that carry these antibodies. Several have been successfully approved by the FDA for treatment of specific types of cancer. These drugs mainly target and are most effective for skin cancers like melanoma, but are also starting to expand to other types of cancers like lung cancer and bladder cancer.

Hopefully, in the future, we will see a lessening of the side effects of these anti-PD-1 and anti-CTLA-4 drugs as well as an expansion in their applications for various types of cancers!