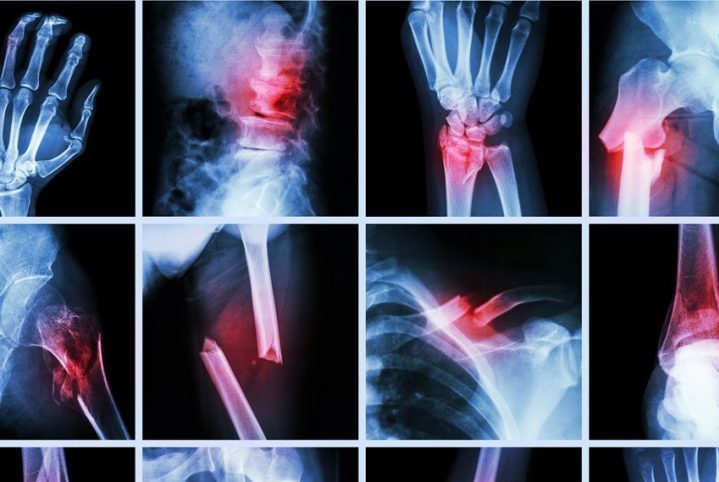 Osteogenesis imperfecta (OI) is a group of genetic disorders that mainly affect the bones. Characterized as “a hidden autosomal inheritance disorder,” this condition can lead to imperfect formation of the whole skeletal system. Some outcomes of having this disorder include – but are not limited to – fragile bones, short stature and other malefactions. Individuals with mild forms of OI typically have a blue or grey hue to the part of the eye that is usually white (the sclera), and may also develop hearing loss in adulthood.2 Severe bone fracture can also occur, primarily in the form of those that occur even prior to birth, latently disguised in genes. Both the severe and minor fractures bones can be treated via a novel therapeutic method called “the bone splint system.” One study published in the Indian Journal of Medicine, called Results of a bone splint technique for the treatment of lower limb deformities in children with type I osteogenesis imperfecta by Ling et al. shows that patients given treatment through this system could actually walk without other forms of physical support. The team conducting this study analyzed the site of the deformity on the femur of children suffering from type I OI. Since bones of OI patients “bend anterolaterally,” the site was incised both at the lateral and anterior sections. To establish the splint system, a plate was first placed on the lateral side of the femur to span the whole deformity. Two screws were put on each end of the plate and stabilized with insertion into three layers [Figure 1].1 This achieved the so-called bone splint technique composed of the steel plate, screws and what is known as an “allograft.” Because this technique evenly distributes the load with bone and the splint, it permits “decreased bending and torsion stress on the plate.” Consequently, performance of the fixation was increased and the risks of fracture at the implant were reduced.1

This method proves to be a comparatively permanent cure, demonstrated by the fact that the fixation remained stable throughout the follow-up and even after over 5 years. In all cases, “there was no evidence of loosening or breakage of screws.” Additionally, the bone splint technique favored faster healing of the bone fracture by blocking any intruding cartilage in the fracture section. Ultimately, increased bone mass and improved the strength of the bone along with successful healing designate the bone-splint system as an effective treatment for lower limb deformities in children with type I OI.