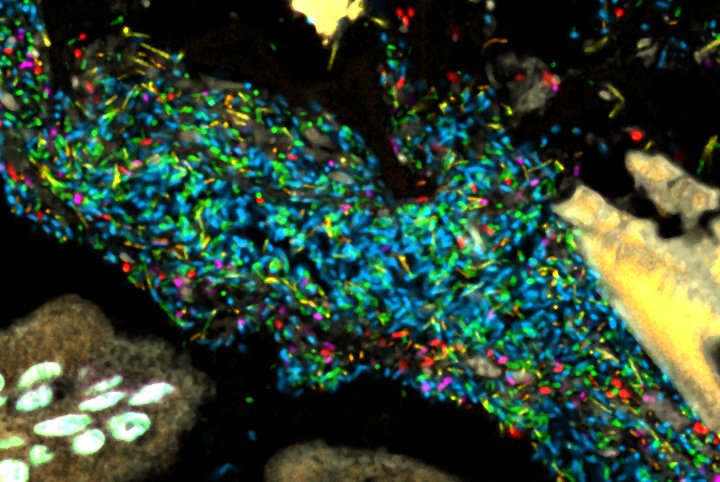 Typically, we judge how “healthy” a food product is by looking at the nutritional label. However, the chemical composition of food (e.g. amount of fat, salt, or sugar) and its caloric content alone do not provide a complete picture of its dietary effects. Recent research [1] indicates that diet can alter the genetic composition and metabolic activity of our gut microbiome, which influences various aspects of human health.

The microbiome (fun fact: there are 500 species in the intestine alone) is an important contributor to epidemic illnesses like obesity and inflammatory bowel disease. Experiments involving human volunteers have already demonstrated that obesity is associated with changes in the abundance of two bacterial divisions in the gut [2]. Other studies have further shown that consumption of a high fat diet increases the activity of Bilophila wadsworthia [1,3]. This increase produces toxic hydrogen sulfide that inflames the intestinal tissue.

In the last decade, advancements in the high throughput technologies made it possible to begin to control the microbiome, which resulted in interesting applications. For example, recent studies suggest that the microbiome can be manipulated to cure infections caused by bacteria resistant to antibiotics [4]. Some gut microbe species (which could be adoptively transferred for therapeutic purposes) were found to help activate cellular immune responses that target and kill Gram-positive bacteria. Other species were able to inhibit the pathogens through selective inclusion or secretion of toxic products.

Several months ago, an article published in Nature Medicine revealed that antibiotic-induced changes in the microbiome could decrease ischemic stroke injury in mice by suppressing gamma-beta T cell function [5]. The study identified a previously unknown microbiota-gut brain axis, which is an example of one of the many pathways through which the composition of the microbiome could influence human health.

Although current studies have mainly focused on disease, microbiome research is not only significant in the context of patients. As more students turn to popular drink based meal-alternatives to supplement (or even replace) their regular diets, a question emerges: how do these drinks impact the microbiome? A team of UC Berkeley students, led by undergraduate Ryan Hsu, launched a crowdfunded health study to track the composition of human microbiome before, during, and after the use of Soylent [7]. This drink, sold as an inexpensive meal-substitute, is animal-free and completely sterile. Although Soylent passed FDA regulations, concerns have been raised that it does not necessarily promote a diverse or “healthy” community of gut bacteria.

Ryan’s experiment would involve sampling the microbiome of 15 participants with the uBiome kit for ten days. The uBiome technology is based on sequencing of 16S, a ribosomal bacterial gene with a slow mutation rate. At the end of the study, the students aim to identify the changes in the type and proportion of gut bacteria. So far, the team raised more than $6,400 in funds through Experiment.com and is in the process of forming a new student organization called “Mycrobes.” This spring, the organization will be recruiting members and research participants. The Soylent Microbiome study will begin in fall 2016. For more information, visit the website at http://mycrobes.berkeley.edu.