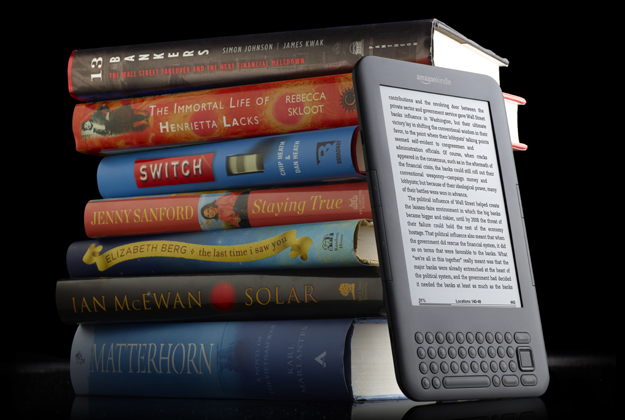 For years scientists have asserted that language is the one characteristic that sets humans apart from animals. The ability to speak and communicate is believed to have emerged around 50,000 years ago, along with the development of tools, and the increase in brain size. Scientists have identified the Broca’s and Wernicke’s regions as associated with language, but the ability to read is a little more perplexing. The written language has not been around long enough to influence evolutionary changes, and yet we know that something happens to our brain when we read.

A few years ago, Stanislas Dehaene, a cognitive neuroscientist at the Collège de France, teamed up with colleagues to conduct a study on 63 volunteers – 31 who had learned to read in childhood, 22 who had learned as adults, and 10 who were illiterate. What he found is that those who could read demonstrated a stronger response to the written word in several areas, including areas in the left lobe of the brain associated with spoken language.

However, that’s not all. Recently it was found that reading doesn’t just activate regions like Broca’s and Wernicke’s, but also, other areas associated with the content of what you are reading. A word such as ‘cinnamon’ activates areas of the brain associated with smell. Apparently, the brain doesn’t make much of a distinction between reading about something and actually experiencing it. Reading tricks the brain into thinking it is doing something it’s not, which is called embodied cognition. As we read more and more, the experiences and stories we absorb are used by the brain to understand emotions and social situations, and the brain is able to construct a ‘map’ of others’ intentions, called “theory of mind.”

An even more recent study published a few months ago involved testing 19 subjects as they read the book Pompeii by Robert Harris. After conducting fMRI scans on the subjects over the course of 19 days, it was concluded that after the reading, there was an increase in connectivity between the left angular/supramarginal gyri and the right posterior temporal gyri, regions which are associated with perspective and comprehension. Though these effects seemed to peak soon after the reading, and faded with time, more permanent changes were observed in the bilateral somatosensory cortex. Despite the implications of the study, people were too quick to publicize these results.

It’s easy to make the claim that x changes the brain in y number of ways, but this is a simplification of a very complex system that we still do not completely understand. While it may have been claimed that a certain part of the brain lights up during a specific activity, most of the brain is already busy with activity – a scientist can really only observe additional activity to that area. Not only did the study have too small a sample size and neglect to include a control group, but it also failed to make a clear distinction between the situations that the subjects were experiencing. How did they know that it was the reading that was making these changes? It is possible that these changes occurred due to the testing environment that the subjects were sharing for those 19 days.

Of course, I’m sure that the researchers had other methods to verify that the observed activity correlated to reading, but you can see why I’m not impressed by their conclusions. It’s been fairly obvious for a few years now that reading is workout for the brain and has long-lasting benefits that go beyond the basic language acquisition skills – there had to be a reason my parents always told me to turn off the TV and go read a book.

I don’t think we shouldn’t be asking if reading rewires the brain. Maybe, instead, we should be asking: does the way I read affect my brain? Does the way I process information change if I were to read a paperback versus a digital version?

Before 1992, studies showed that people read slower on screens, but since then, results have been more inconclusive. At a surface level, screens can drain mental resources and make it harder for us to remember things after we’re done. People also approach technological media with a state of mind that is less conducive to learning, even if it is subconscious. Reading a paperback, sometimes, just feels more real – though we may understand writing and language as abstract phenomena, to our brains, reading is part of the physical world.

As mentioned before, the brain is not hardwired for reading – the written word was only invented around 4,000 BC, and since then, our brains have had to repurpose some of its regions to adapt. Some of the regions excel in object recognition, to help us understand how different line strokes, curves, and shapes of a letter correspond to a certain sound, or how these letters, when joined together, can create a word. There are also regions that, perhaps more importantly, can create a physical landscape when reading a text, just in the same way that we can construct representations of terrain, offices, or homes, in our minds. When remembering certain information from a text, we often remember where in the text it appeared; in my copy of Pride and Prejudice, I can remember very clearly that Darcy professed his love for Elizabeth in the middle of a left-hand side page.

In this context, paper books have a more obvious topography than virtual books. A paperback is a physical, three dimensional object, whereas a virtual book is just that – virtual. A paperback has a left side and a right side, and eight corners with which the reader can orient himself. One can see where a book begins, and where it ends. One can flip through the pages in a book, and gauge its thickness. Even this process of turning pages creates a lilting rhythm, leaving a ‘footprint’ on the brain.

Screens and e-readers, on the other hand, interfere with the brain’s ability to construct a mental landscape. Imagine if you were using Google maps, but you could only use it in street view, walking through each street one at a time, unable to zoom out and see the whole picture at once. This is similar to what we experience when trying to navigate virtual documents.

Additionally, e-readers interfere with two key components of comprehension: serendipity, and a sense of control. Readers often feel that a specific sentence or section in a book reminds them of a previous part, and they want to flip back to read this part again. They also like to be able to highlight, underline, and write notes in a book. Thus, while reading a paperback involves the use of tactile, auditory, visual, and olfactory senses, virtual text only requires the use of one: visual.

Erik Wastlund, a researcher in experimental psychology, has conducted rigorous research on the differences between screen and paper reading. In one experiment, 72 volunteers completed a READ test (a 30 minute Swedish-language reading comprehension test). People who took the test on the computer scored lower, on average, and reported feeling more tired than those who took the test on paper, showing that screens can also be more mentally and physically taxing.

The problem is that people take shortcuts when reading on a device, such as scanning, and using the search tool to locate specific keywords, instead of reading the entire document at once. They are also less likely to engage in metacognitive learning regulation when reading on screens, which involves strategies such as setting specific goals, rereading certain sections, and testing oneself as to how well the material has been understood along the way.

So far, e-readers have been trying to copy the paperback: e-readers reflect ambient light just like books, there are ways to bookmark and highlight text, and some have even added a ‘depth’ feature, which makes it seem like there are piles of pages on the left and right sides of the screens. Even so, many will agree with me when I say – it’s just not the same.

There are certain advantages to virtual text and media presentation that have not been fully realized yet. There are a few apps on the marketplace which are trying to revolutionize the way we take in information, such as Rooster, which divides books into manageable 15-minute sections to read on the way to the office, or Spritz, in which content is streamed one word at a time, working around the Optical Recognition Point of the eye. And yet, content production is still revolving around the same models that have been in circulation for hundreds of years.

Learning is the most effective when it engages different regions of the brains, and connects different topics. Some tools have the right idea – the popular Scale of the Universe feature uses the scroll bar to communicate an idea that could not have been done as effectively on paper – but interactive media still hasn’t reached its full potential.

So maybe people have the wrong idea with trying to replicate the experience of a paperback. Maybe we should be heading in a completely different direction.