Richard Feynman, one of the most brilliant and influential scientists of the 20th century, asked in his book The Meaning of It All, Thoughts of a Citizen-Scientist: “Is science of any value?”

This is not a question to be taken lightly. One might recall that Richard Feynman, 1965 Nobel laureate in Physics, contributed to the development of the first atomic bombs, which were dropped on Hiroshima and Nagasaki in 1945, ending the Second World War. Feynman’s answer: “I think a power to do something is of value. Whether the result is a good thing or a bad thing depends on how it is used, but the power is a value.”

Science brings forth knowledge, and knowledge is power. This is not a simple generic quip about the human potential; over the last 5 million years, our hominid brains have tripled in size. Surely, our ability to form complex thoughts and plans has benefited our species’ ability to compete with other species, while also adapting to diverse environments. Homo sapiens is as much a product of science as science is a human product. We cannot help but carry our predispositions into the realms of science.

The rationality and empiricism that’s associated with the connotation of science today is partly misrepresentative. Our intuition, gut-feelings, are just as important than logical reasoning when making discoveries and experiments. We hypothesize from intuitions based on life experiences. Our brain allows us to make hunches, to be able to think irrationally and make fallacious post-hoc arguments. We produce and accumulate knowledge mostly due to intellectual shortcomings than enlightening breakthroughs. Like Plato said, “I know that I know nothing”.

Feynman’s question remains, is science of any value? 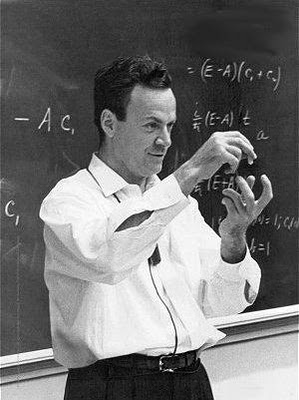 Let’s have a comparison of two worlds that are nearly diametric to the value of science: Mike Judge’s cult satirical film Idiocracy, and Andrew Niccol’s dystopian feature Gattaca.

Idiocracy is set in a future where anti-intellectual culture and gross consumerism have become the norms of a decadent society. Science is subservient to the society’s values of blissful ignorance and moronic happiness.

In contrast, Gattaca describes a world where science is valued as virtue. It is the hegemonic way of life. Society is divided into two castes: the “Valids” , born genetically engineered to be the most physically and intellectually fit members of society, and the “In-Valids”, i.e. the naturally-born. The Valids’ power resides in their control over scientific knowledge; which they jealously guard.

Both films show visions of the intrinsically immoral and apolitical value of science: in Idiocracy, science is not pushed to its boundaries, nor does it benefit mankind (ex: food shortages due to crop fields irrigated by Gatorade). Science, as an intellectual discipline, is publicly shunned, yet as an audience we see that the lifestyle of the blissful ignorance is entirely dependent upon it. In Gattaca, science is continuously pushed to the edge, and is celebrated as a pinnacle of order and stability, and yet it is never held accountable. Worse, science becomes a tool of oppression to an apartheid-like society. While in Idiocracy science is slave to the lowest of consumist urges, in Gattaca, science enslaves by erasing the so-called imperfections of human nature.

Both films show visions of the intrinsically immoral and apolitical value of science: in Idiocracy, science is not pushed to its boundaries, nor does it benefit mankind (ex: food shortages due to crop fields irrigated by Gatorade). Science, as an intellectual discipline, is publicly shunned, yet as an audience we see that the lifestyle of the blissful ignorance is entirely dependent upon it. In Gattaca, science is continuously pushed to the edge, and is celebrated as a pinnacle of order and stability, and yet it is never held accountable. Worse, science becomes a tool of oppression to an apartheid-like society. 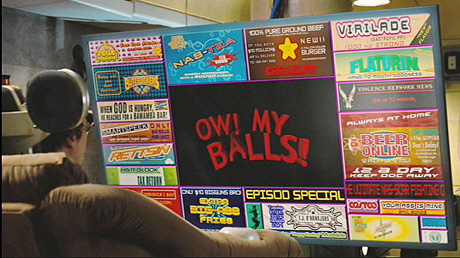 If the Italian thinker Antonio Gramsci proposed that every individual is a potential philosopher, given that they’re engaged into a reflexive dialogue, this ought to be true for scientists. Science is often equated with authority over rationality, implying a belief that the scientific process leads us closer to the truth. But even when an explanation for the truth becomes common knowledge, that truth will never be more than a theory. But a theory is not just abstract, it has real power to influence and guide our quest for what we search to be the truth.

Thus even the truth, or more appropriately a theory, is liable to change. This is what makes science so powerful: it’s not dogmatic. There is no true certainty. And thus we reserve caution for even the things we know to be the truth, because we can still observe mysteries at any moment.

Why even go through the trouble, then, if the truth is only limited to a narrow range of  perceptions in understanding knowledge?

An atmospheric chemist told me that science is the best means for him to exercise his skills toward changing the world for the better. Far from being naively idealistic, he also told me that science does not have an ethical responsibility for the “good of mankind,” and that scientists all have different motivations to be involved in their field. I think Richard Feynman would agree.

I asked a cognitive neuroscientist for her motivation. Like our atmospheric chemist, her intents are to better the lives of others; specifically through educating others about the intricacies of the brain, and certainly to push what is currently understood about our most humane organ. What differed in her response was a story of her brother’s traumatic brain injury and subsequent recovery, which inspired her academic career in studying the brain. At this point science became less of an intellectual abstraction. Theory meets reality, and at that intersection, science and our daily lives, while often taken for granted, is essentially what drives forward our aptitude to think and doubt. 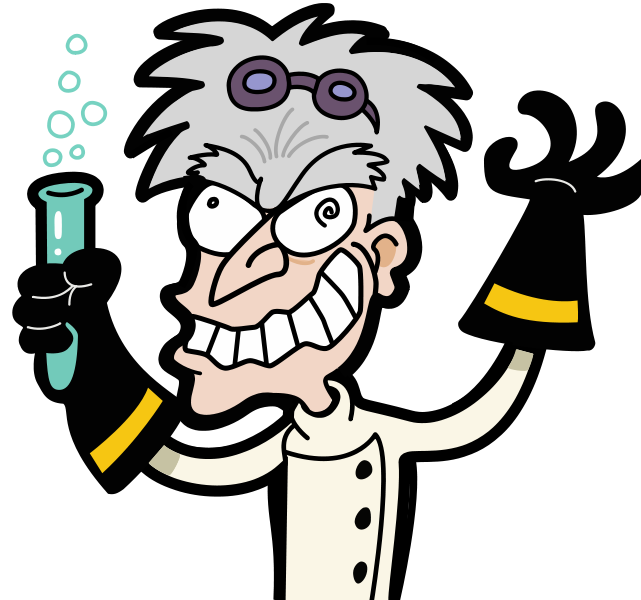 The reader might note that I have not given a concrete definition of science, only ideas about how scientific thinking may work. To do so would be akin to stealing back Pandora’s box. Science is human; it’s uneven in the creation of new knowledge and destruction of our common space.

We can look to Issac Asimov for a reminder of the merits of science:

“If knowledge can create problems, it is not through ignorance that we can solve them.”

I would like to thank Jo Melville (for sharing Isaac Asimov’s quote) and Jahlela Hassle, for taking the time to think about and answer my obtuse and broad questions about the nature of science.

For those interested in various topics and inquiries about science, check out Vsauce’s channel. The following video (Cruel Bombs) inspired the subject of this article:

Also check out Jonathan Haidt’s book The Righteous Mind: Why Good People Are Divided by Politics and Religion for more on the mind’s inner workings of intuition and rationality.