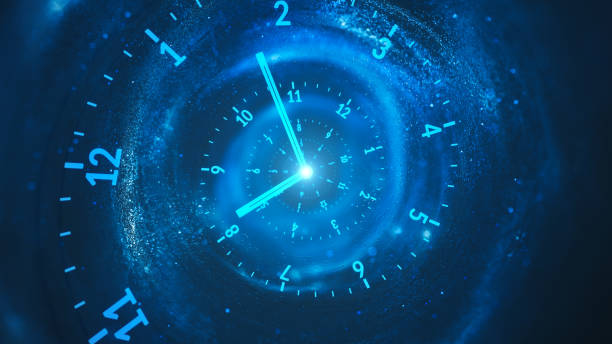 Time: Slowing Down and Speeding Up

Clocks govern our daily lives, the 5 minute morning snooze, the 10 minute bus wait, the hour-long lunch break. However, regardless of how many seconds pass in a given event, our perception of time differs. Multiple factors such as emotion, attention, drug-use, and context affect time perception. Within contextual factors, researchers have investigated different environments and their effect on time perception. One example is a study that examines the contrast between nature and urban areas on time perception.

In nature, time perception is altered. Natural environments are defined as areas containing elements of living systems. In contrast, urban environments are defined as settings characterized by man-made structures. A study by Peetz and Davydengo (2017) reveals that participants overestimate time passed in 10-minute walks through a natural environment. In contrast, participants did not overestimate time procession in walks through urban settings. Researchers suggest that the bias of time experienced in nature correlates with affective changes in mood, stress levels, and attention.

As suggested by the aforementioned study, nature is unlikely to be the sole cause of altered time perception. Instead, what we feel in a given environment, what we associate with the environment, and how our attention is occupied can all correlate with differences in perception.

People and animals perceive time in two main ways: our circadian rhythm, which governs behaviors needed for survival in 24 hour cycles, and interval timing, the ability to anticipate an event through time markers ranging from minutes or seconds. Peetz and Davydengo’s study on time perception is a test on interval timing. While researchers have located the clock controlling circadian rhythm to the suprachiasmatic nucleus in the hippocampus, the neurological mechanisms of interval timing remain largely a mystery. This leaves scientists to propose theories on how interval timing works.

The Scalar Expectancy Theory (SET) is a widely accepted framework on interval time perception, mainly applying to animals. SET proposes the existence of an internal clock. Here, time perception is divided into 3 components: the clock stage, the memory stage, and the decision stage. In the clock stage, the onset of a signal closes a switch, thus opening a gate between a pacemaker and an accumulator of the internal clock. The pacemaker emits short, variable pulses stored in the accumulator. When reinforcement occurs at the end of the clock stage, the value of counted pulses is stored in long term memory. When the accumulator counts pulses again in a second event, working memory from the current event is compared with the reference long term memory. Whether the ratio of stored pulses between working and long term memory is close enough determines the behavioral response of animals.

Human time perception is likely to be more complex than that of animals, but SET provides the basis of studying human time perception as well. One way that contextual factors may affect time perception is through pulse rates emitted by the pacemaker. Higher arousal levels, for example, lead to a high pulse rate, and vice versa. A higher pulse rate stores more units in the accumulator compared to a neutral state, increasing the chances of overestimating time; a low pulse rate stores less units in the accumulator, leading to possible underestimates. Other theories based on SET have advanced the field of time perception since its proposition, adding components such as attention and reward onto the SET framework.

In any case, time perception in humans is complicated and influenced by multiple factors at once. Future studies may reveal more information on time perception. In addition to furthering our knowledge of human consciousness, studies on time perception may be important in understanding neurological and psychiatric conditions with symptoms of altered time perception, such as Parkinson’s disease, schizophrenia, ADHD, and autism.