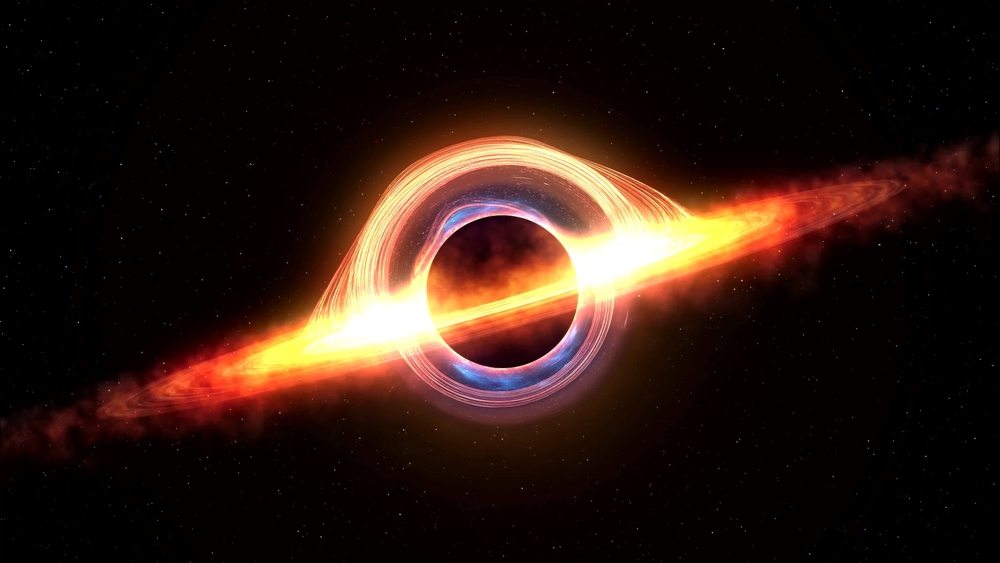 Dark matter is one of the most elusive mysteries in science. It’s incredible that for all we seem to know about our universe, it’s only the tip of the iceberg. While ordinary matter makes up about 4% of the universe, the other 96% is composed of dark matter and dark energy, making up 24% and 72% respectively (NASA). The term dark matter is basically used as a better answer than “I don’t know” for physicists. It encompasses the strange dynamics of ultra-diffuse galaxies (which would dissolve under classical mechanics) and even aspects of gravitational lensing. If space is the humanity’s final frontier, then dark matter is key to carving out the unexplored mountain passes that are needed to reach the valley below.

There are numerous models addressing the phenomenon of dark matter, but for the time being we’ll just focus on two of them. The most exciting candidate of dark matter may be found in the surroundings of black holes. Black holes are odd characters that seemingly break all known laws of physics which makes them the perfect backdrop to investigate the fundamentally unknown and strange.

A reasonable assumption about dark matter particles is that they are cold and collisionless, making them invisible to typical measurement techniques such as using infrared telescopes. This assumption would seem to indicate that their existence could be highly concentrated around black holes, which would be very useful for a certain experimental technique involving gravitational waves.

In a collision of two black holes, gravitational waves are emitted through spacetime and if this theory is correct, dark matter may introduce a noticeable phase shift in this waveform, revealing itself to observers. This has a present application to the work being done at the facility which proved the existence of gravitational waves in the first place, LIGO. In theory, using the existing infrastructure to act as a sort of “space sonar” for detecting the distortions of space-time expected from dark matter by searching for not only phase shifts, but also time-shifts of these waves.

Another possible candidate for dark matter is the axion. Axions are theorized particles that came about as an answer to the “strong CP problem” brought up by quantum chromodynamics (QCD), but have not been verified experimentally as of yet. Computer simulations have narrowed the range for axion mass to be around 2 eV, which is nearly massless (Bertone, G.). Particles with next to no mass have very interesting properties, especially at high speeds (this is referred to as the relativistic frame).

When taken in conjunction with the previous candidate, this idea seems to fit this gap of knowledge expressed by the term dark matter. The 2 eV prediction from simulations are currently being investigated with the Axion Dark Matter eXperiment (ADMX) which is an attempt to pick up axions as an electromagnetic region by searching around this theoretical mass prediction (Bertone, G.). Even if this is just a piece of the puzzle, it should be explored to the furthest extent with new experimental techniques like the ADMX method since an ultra-sensitive probe of this phenomenon can have immediate applications to the developing field of quantum computing.

One aspect that can’t be understated for this push in understanding of dark matter is its relevance to our future. The most hopeful opportunity in the short term is releasing particle physics from the shackles of its current state of apparent stagnation. Though innovation is not the only reason for scientific investigation, it is a common byproduct. For some context, our modern paradigm would be drastically different without the development of quantum mechanics in the early 20th century. Just by borrowing some basic foundations of wave-particle duality for use in semiconductors, a technological revolution was birthed which put the world at our fingertips. Uncovering the veil of dark matter has the potential to result in a similar renaissance of discovery from a similarly beautiful understanding of the cosmos.

NASA, “What Is the Universe Made Of?” NASA, 2014, map.gsfc.nasa.gov/universe/uni_matter.html.